Used to interface between your switch panel and boat’s wiring harness.

Our fully wired switch panels are meant to terminate onto one of these marine terminal blocks.  They are a handy way to break circuits out, and troubleshoot electrical issues.

So your switch panel ring terminals would go on one side, and the load wiring going out to your device would be landed on the other side.  This is distinctly different than a marine bus bar where all the wires and grouped together.  We also carry the bus bar which you’ll need for the negative side of the circuit.

Our terminal blocks are rated for 30A per circuit, and 600V.  They have Nickel-Plated Brass Contacts.  They use a #8 sized ring terminal.

How to choose the right size:

Also, you can double up on the same screw.  Makes it not quite as clean looking, but can cut down on the space needed for lots of circuits.

We’ve included a diagram below on how our marine terminal blocks are used in a typical boat’s electrical system. 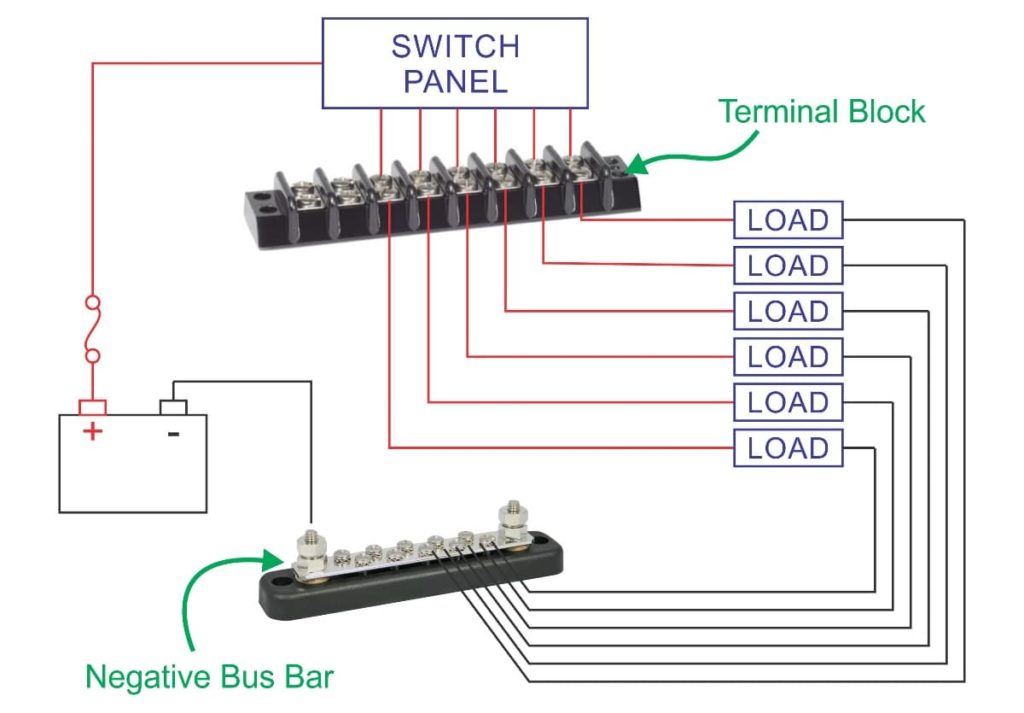 There are no reviews yet.

Be the first to review “Terminal Block, 4 to 20 Gang” Cancel reply